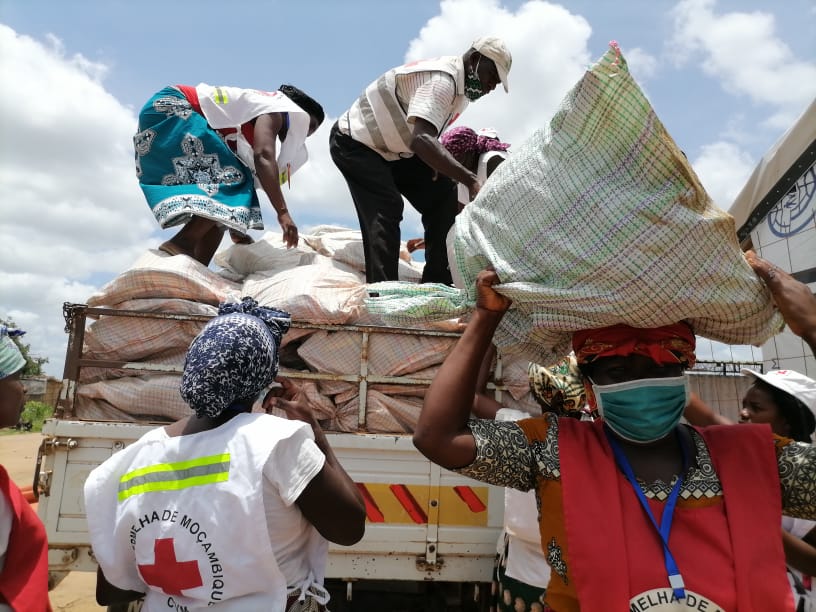 Just a little over three weeks after witnessing the last tropical storm (Chalane), the population along Central Mozambique’s coastline is bracing for the impact of Tropical Cyclone Eloise. Eloise is expected to make landfall along the coast of Mozambique near the city of Beira early the morning of January 23rd, 2021 with sustained windspeeds between 115 and 160 km/h. Mozambique Red Cross (CVM), with the support of German Red Cross (GRC), has decided to take early actions to address the anticipated impacts of the strong winds and the flooding that Eloise is expected to bring in its wake.

Eloise is on track to make landfall in the region around Beira in Sofala Province, the same area that was hit by tropical storm Chalane at the end of December 2020. Even though Eloise did not meet the trigger specified in the Early Action Protocol on Cyclones at the pre-defined decision-time three days before landfall, CVM decided to deploy a readiness team to Beira. The beneficiaries of December’s EAP activation and other communities are being provided with early warning information and sensitized to protect themselves and make good use of the house strengthening and water purification materials distributed in December for Chalane. A second readiness team has been deployed in the province of Inhambane, south of Sofala. Both teams are already preparing emergency response in the areas of shelter, WASH, and health.

In addition to the direct impacts of the cyclone, national authorities and international forecast models predict severe flooding along the Buzi and Limpopo rivers as the result of ongoing rains, which will only increase when Eloise makes landfall. CVM has therefore decided to execute as many of the actions outlined in their recently-approved flood EAP as possible even though the set-up for implementation (contracts, trainings, procurement etc.) is not yet finalized. CVM will begin assisting vulnerable, downstream districts along the Limpopo in Gaza Province as soon as water levels upstream reach the EAP threshold (expected for January 24th). They will warn at risk populations of the impending floods and support them in evacuating to safety. The National Society will also provide 500 households with mosquito nets, buckets, water purification materials and Covid-19 protection kits to prevent the spread of disease. Households will also receive vacuum plastic bags to safeguard critical, personal documents.

These early actions are being implemented in a situation where livelihoods are already compromised, and heightened levels of vulnerability can be expected due to the COVID-19 pandemic and the impacts of Chalane in December. However, since June, CVM and GRC have been working to integrate protective measures against COVID-19 into early action planning so as not to increase the risk of COVID-19 transmission while providing assistance, thereby ensuring community member, volunteer, and staff safety.

Pictures of the December activation 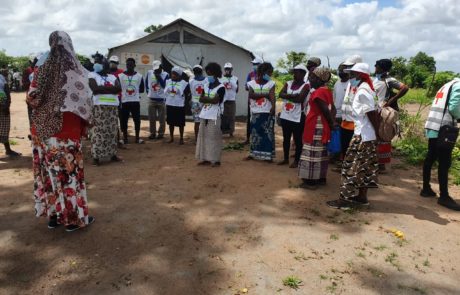 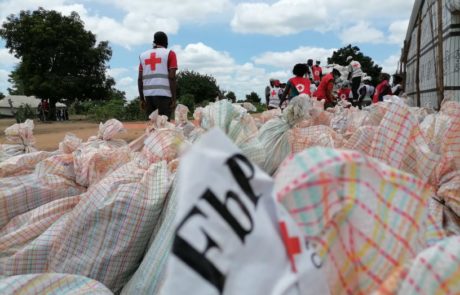 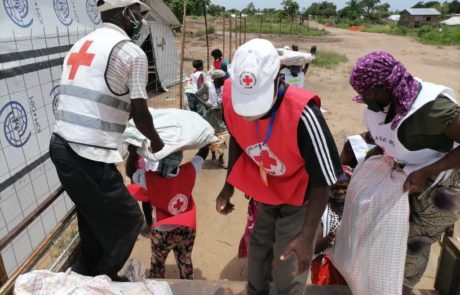 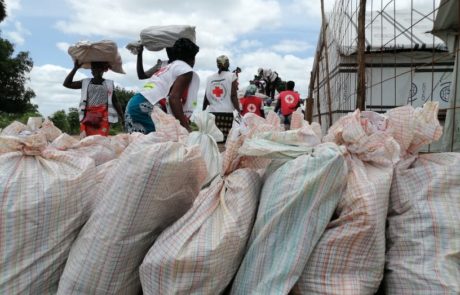 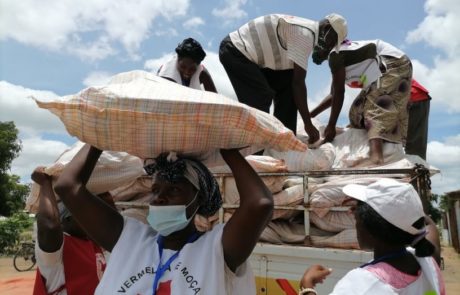 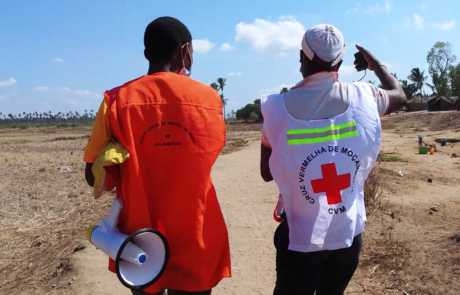 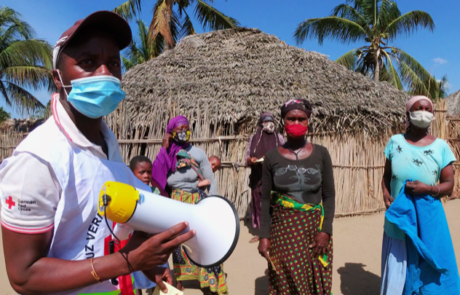 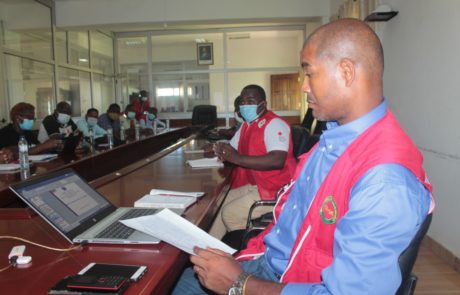 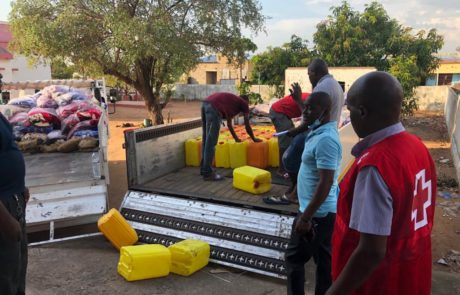 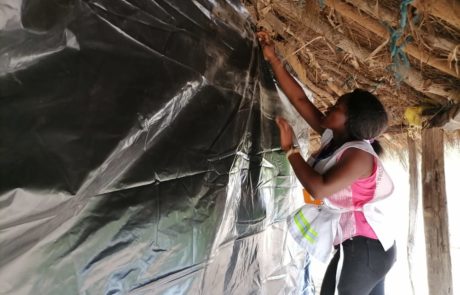 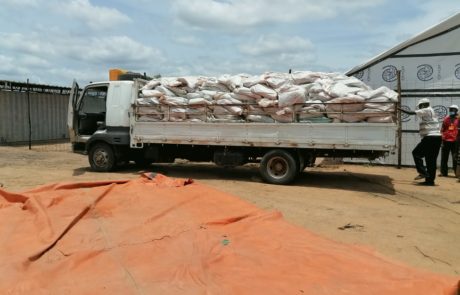 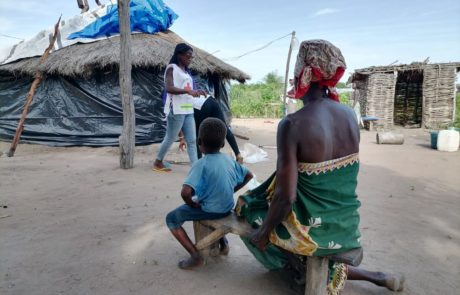 Forecast-based Financing (FbF) has established mechanisms to automatically allocate funding for early action once forecasts indicate a high probability of an extreme weather event. The goal of FbF is to anticipate disasters, prevent their impact, if possible, and reduce human suffering and losses. A key element of FbF is that the allocation of financial resources is agreed in advance, along with the specific forecast threshold that will trigger the release of those resources for the implementation of pre-defined early actions. The roles and responsibilities of everyone involved in implementing these actions are defined in an Early Action Protocol (EAP). The Mozambique Red Cross, the German Red Cross, the IFRC, the Red Cross Red Crescent Climate Centre, the Belgian Red Cross Flanders and local authorities developed the Mozambique Early Action Protocol for Cyclones in 2018. It was the first EAP in Africa was accepted by the FbA by the DREF. Also see our Fact Sheet for more information. The FbF project in Mozambique is funded by the German Federal Foreign Office.