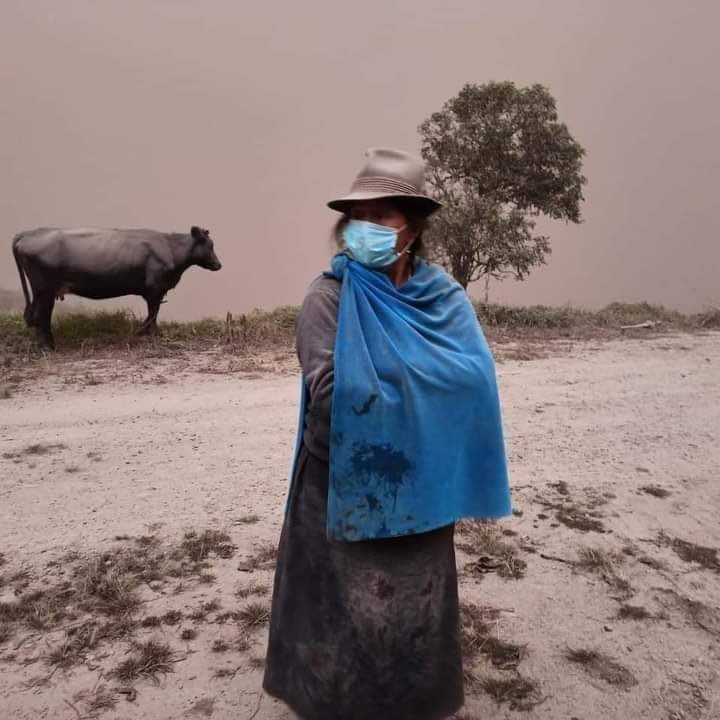 Following a volcanic explosion at the Sangay volcano and forecasts indicating significant ash fall over the coming days, the Ecuador Red Cross has activated its Early Action Protocol for volcanic ashfall that was developed with the support of German Red Cross and the Red Cross Red Crescent Climate Centre. Funding for the activation (246,000 CHF) was made available by the IFRC’s Forecast-based Action by the DREF financial mechanism.

In July 2020, the Sangay volcano, located in the center of Ecuador on the edge of the Andes and the Amazon, had started to be increasingly active with several smaller eruptions. On Sunday, 20 September, after a big volcanic explosion, the Geophysical Institute of Ecuador (IGPN) forecasted ashfall from 1 to 30 mm in four provinces of the country: Chimborazo, Bolívar, Guayas and Manabí. The ash is forecasted to be dispersed in the Andes and even in coastal areas, affecting communities’ health, their livestock and agricultural crops. On the day of the explosion, the Ecuadorian Red Cross directly activated its Early Action Protocol. 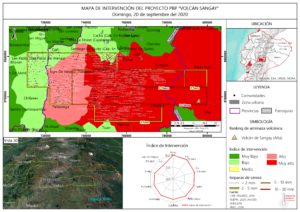 Intervention map showing the areas prioritized for intervention in red. The area enclosed by the red line shows where most ashfall is expected.

Volcanic ash affects above all the health of children and adults, mainly causing problems for the eyes, respiratory system and lungs. The ash also affects livestock and crops and limits the access to clean water and grasslands. Furthermore, the volcanic ashfall forces communities located close to the volcano to evacuate and look for temporarily shelter in safer areas.

Over the coming days, the Ecuador Red Cross will be distributing health kits for children and adults in the affect area. These include safety glasses, masks and physiological serum to reduce respiratory and breathing problems, and eye infections. Families will also receive tarpaulins for protecting their livestock and key food supplies from the ash. In those areas where over 10 mm of ashfall is forecasted the Red Cross will distribute Cash (200 USD) to enable vulnerable families to evacuate themselves and their livestock. Through its volunteer network, Ecuador Red Cross is also disseminating key messages related to volcanic ash fall and self-protecting measures in the communities. The early actions will benefit over 1,000 families at risk. 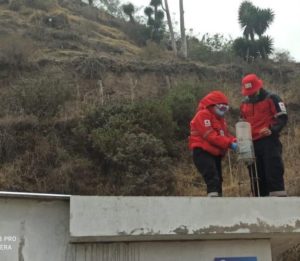 Roger Zambrano, National Coordinator of the Ecuador Red Cross’ Risk and Emergencies Management Unit, highlights the collaboration that makes the activation possible: “the Early Action Protocol is activated in coordination with  IGEPN and the National Disaster Management Authority in Ecuador, but also with local governments, Red Cross Branches, volunteers and a Network of Vulcanological Observers of the Red Cross that will be monitoring the ashfall on the ground with ash fall meters built with recycled plastic”.

If you want to know more about the Early Action Protocol and learn how it was tested last year, check out the BBC’ “People fixing the World” Podcast about the Ecuador FbF project and watch the video. Also see our Fact Sheet.

Forecast-based Financing (FbF) has established mechanisms to automatically allocate funding for early action once forecasts indicate a high probability of an extreme weather event. The goal of FbF is to anticipate disasters, prevent their impact, if possible, and reduce human suffering and losses. A key element of FbF is that the allocation of financial resources is agreed in advance, along with the specific forecast threshold that will trigger the release of those resources for the implementation of pre-defined early actions. The roles and responsibilities of everyone involved in implementing these actions are defined in an Early Action Protocol (EAP). The Ecuador Red Cross, the German Red Cross, the IFRC, the Red Cross Red Crescent Climate Centre and local authorities developed the Ecuador Early Action Protocol for Volcanic Ashfall in 2018/19. The FbF project in Ecuador was funded by the German Federal Foreign Office.