(This story was first published as press release by IFRC)

Forecasts of an extreme winter in Mongolia have triggered the release of funding to reduce its impact on vulnerable herders. This is the first time this early action funding mechanism developed by the International Federation of Red Cross and Red Crescent Societies (IFRC) has been used anywhere. 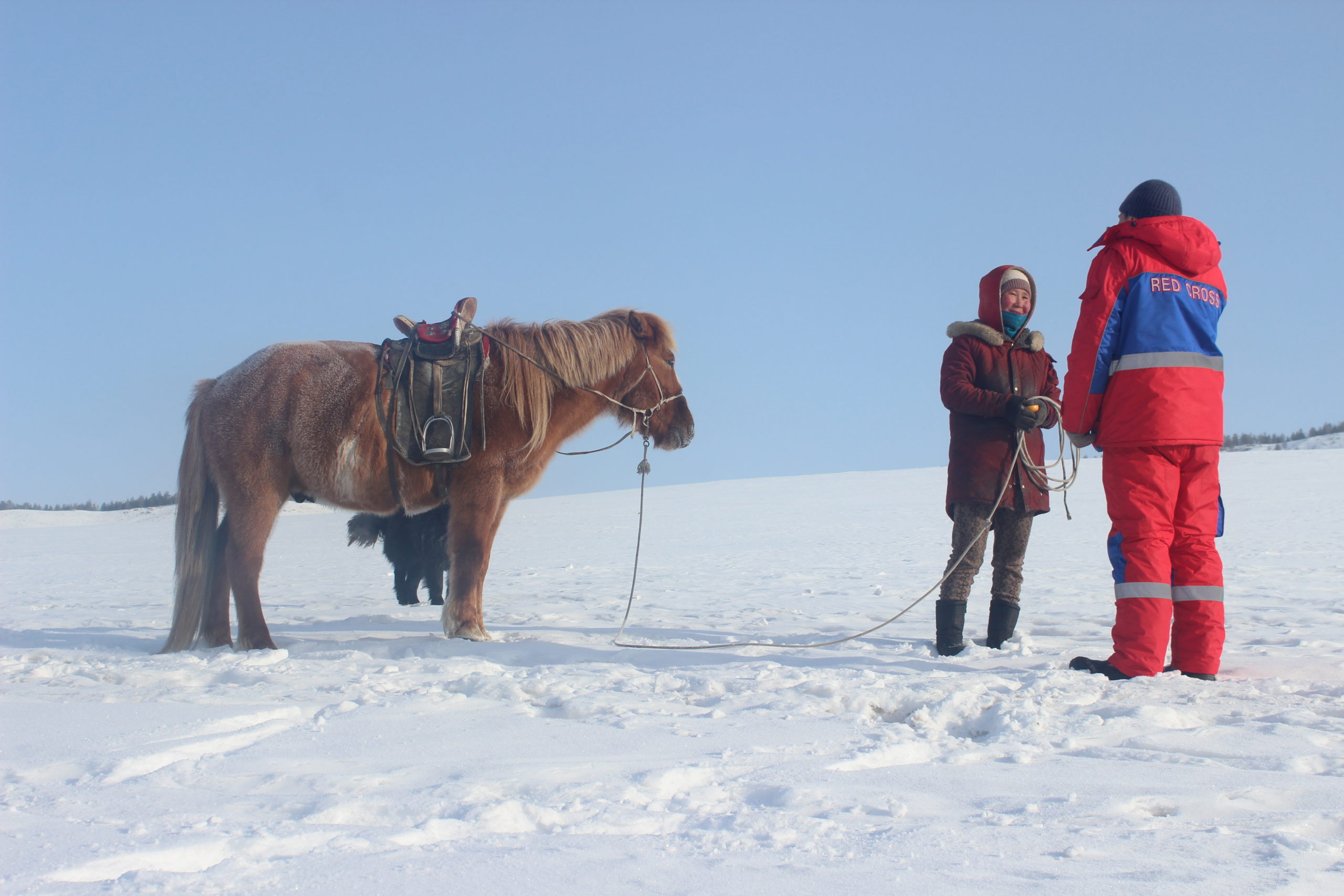 On 2 January, Mongolia’s National Agency for Meteorology and Environmental Monitoring announced more than 50 per cent of the country was at risk of an extreme (dzud) winter.

This unwelcome news has triggered the pre-agreed release of CHF 210,968 (217,000 USD) to the Mongolian Red Cross Society for Forecast-based Action (FbA) from IFRC’s Disaster Relief Emergency Fund (DREF). The funding provides 88 Swiss francs (90.6 USD) cash each for 1,000 vulnerable herder families to prevent the starvation, dehydration and cold exposure of their livestock because of poor access to feed, water, veterinary care and shelter. A livestock nutrition kit will support livestock health during winter’s lean months.

“Dzud is catastrophic for the agricultural sector, which is vital to the Mongolian culture and economy. We have 70 million livestock, which directly support about a quarter of our people. Horses, camels, goats, cattle and sheep for milk, cashmere, meat and other livestock products are the only source of income for herders.”

“Every extreme winter brings misery, hunger and hardship for thousands of families and forces them to move to squatter settlements outside Ulaanbaatar, our capital. This finance allows the Red Cross to help some of the most at-risk people before winter sets in for good.”

Using meteorological models and historical data, experts can forecast the probability of extreme weather events with increasing accuracy. Combining weather forecasts with risk analysis allows IFRC funding to be released so people can prepare for extreme weather. The goal of forecast-based financing is to anticipate disasters, prevent their impact, if possible, and reduce human suffering and losses. The key element is to agree in advance to release financial resources if a specific forecast threshold is triggered.

“Forecast-based financing helps communities move from reacting to disasters to anticipating them. Climate change, which brings disasters that are increasing in frequency, length and intensity makes this kind of finance model even more crucial. Simply waiting for disasters to strike is no longer an option.”