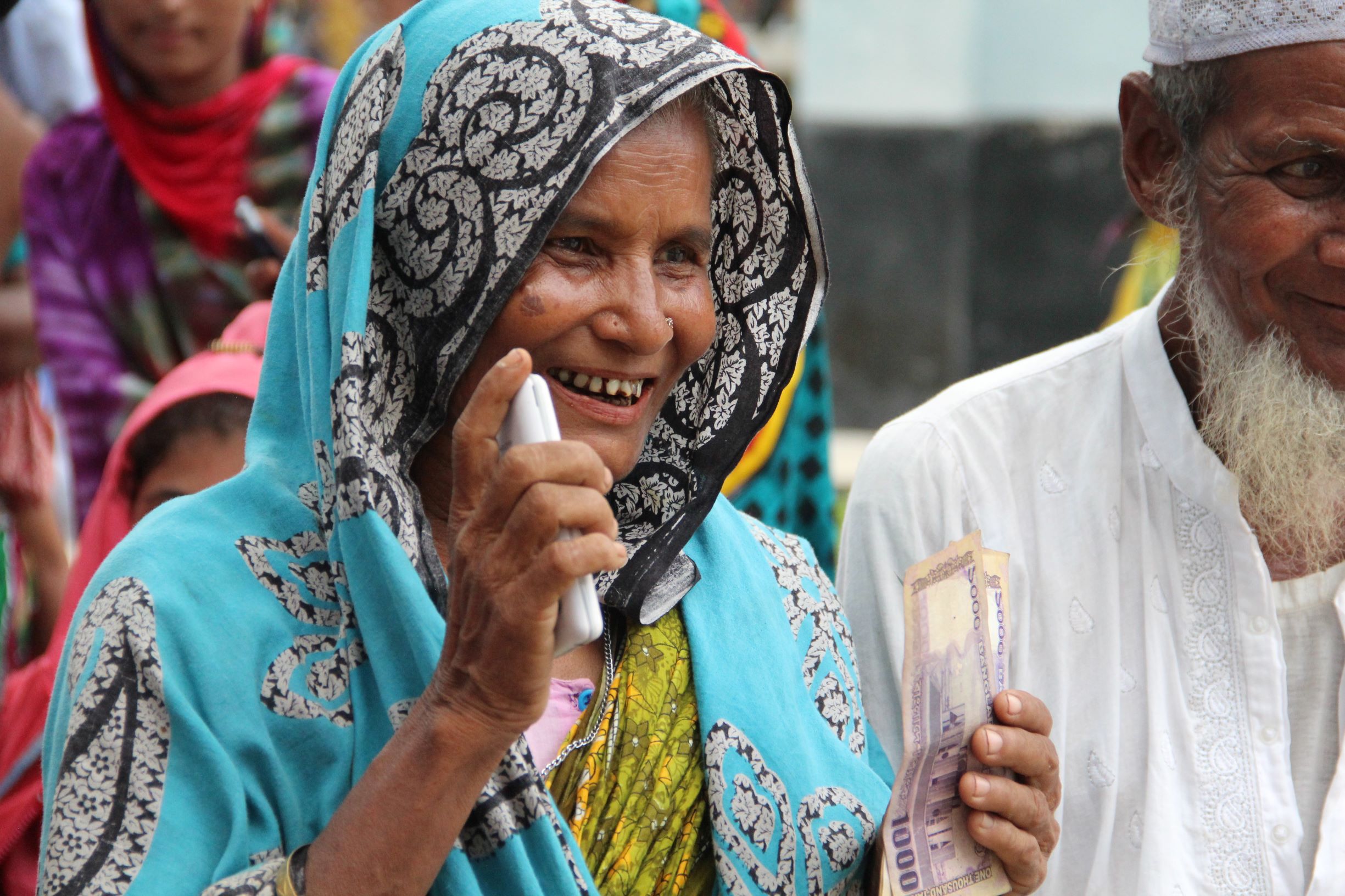 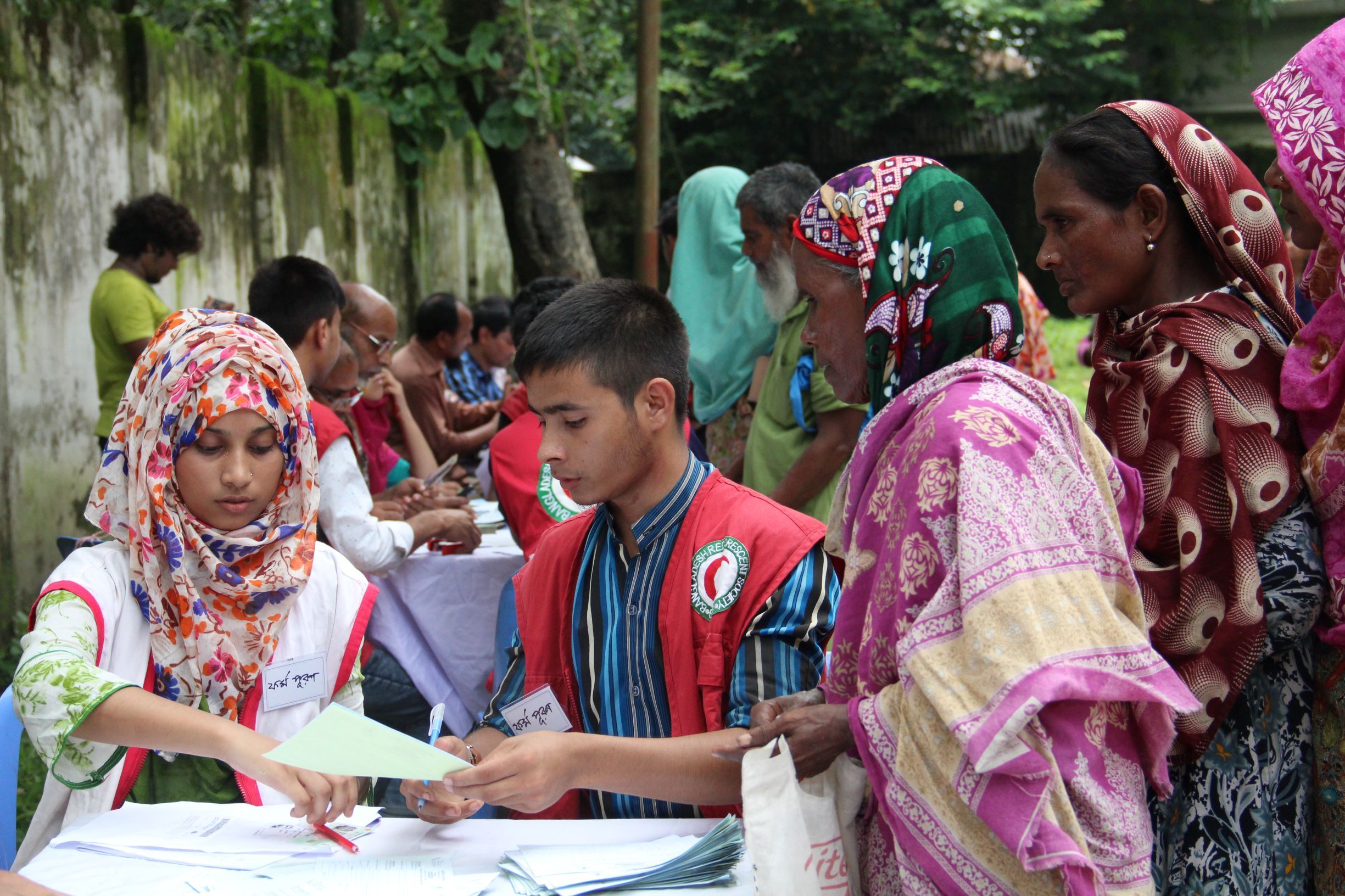 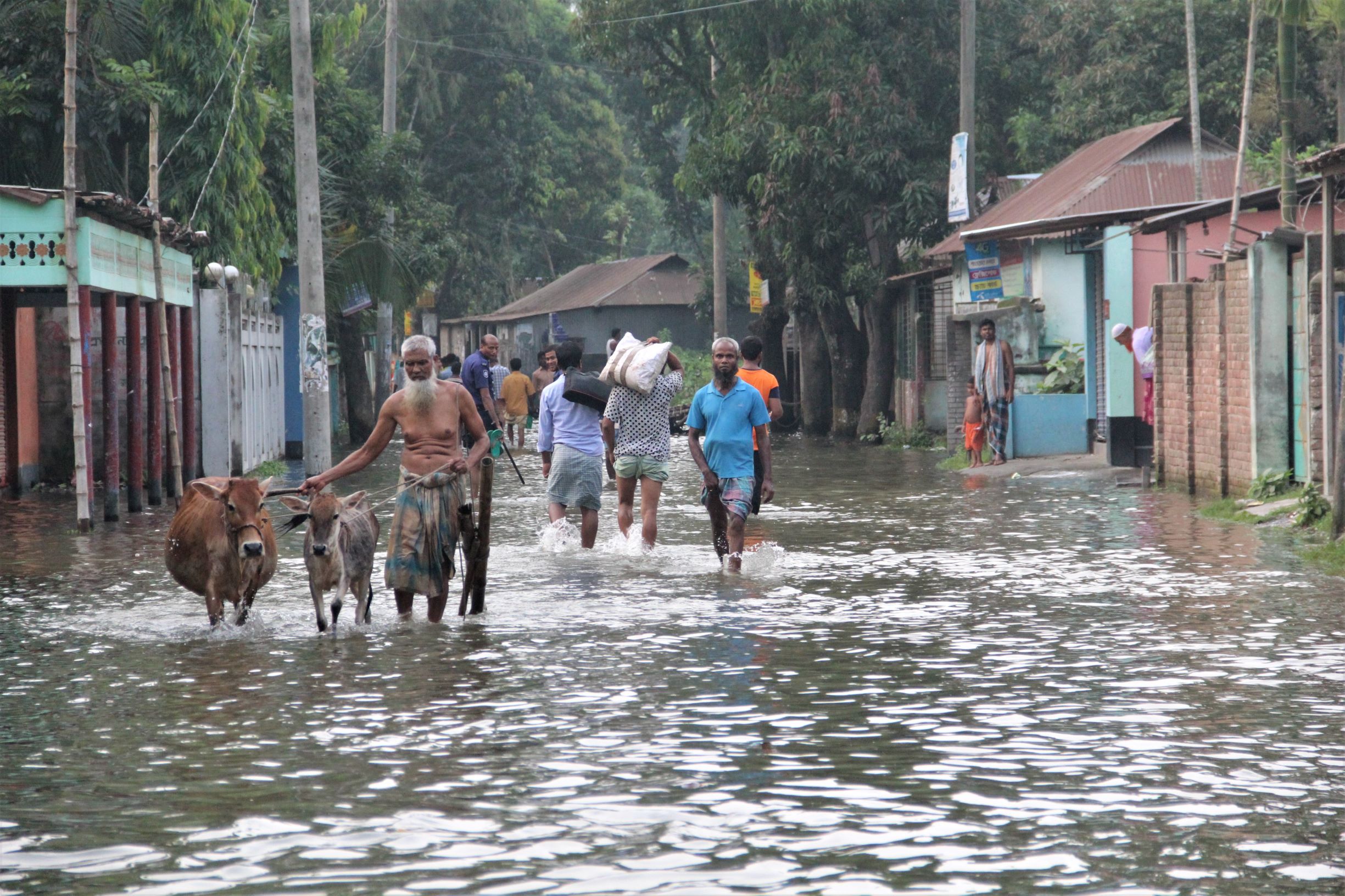 In July 2019, Monsoon rains incurred major flooding across 26 districts in Bangladesh,  those in the northeast and others  along the Jamuna/Brahmaputra river have been hit hardest.

In anticipation of Jamuna/Brahmaputra seasonal floods, Bangladesh Red Crescent (BDRCS), together with the German Red Cross (GRC) supported 479 families based in the Char Islands, to  following  their evacuation with cash assistance prior to the flood peak. Such swift anticipatory response was possible due to the Forecast-based Finance (FbF) approach, currently piloted in Bangladesh by BDRCS with the support of GRC.

Fbf, like its namesake, takes clearly defined early actions based on forecasts for extreme weather events, such as unusually heavy rainfalls, to minimize human suffering of the most vulnerable population. In doing so, communities strengthen preparedness, as relevant tasks, responsibilities such as the identification of beneficiaries and allocated funding, are pre-defined in an “Early Action Protocol” (EAP).

In case of the Bangladesh floods, once the pre-identified “trigger” thresholds concerning rainfall were reached on July 14th, BDRCS stepped into early action. Within five days, BDRCS successfully the implemented the following activities outlined in the EAP:

These activities were in addition replicated in parallel by the Swiss Red Cross in the neighbouring Gaibandha district. Apart from that, the World Food Programme also used the triggers developed by the project and was able to reach further additional households.

As with the application of any  methodology the FbF approach is an iterative process. Integrating lessons learned is a key component to strengthening the effectiveness of an EAP. Although the BDRCS provided pre-disaster support to roughly 1.000 families within just five days, the July 2019 floods yielded valuable lessons in “trigger setting”. In this case, the EAP provided two triggers in the event of flooding. The first trigger set at a 10-day lead time to activate low or no-cost activities, such as family registration for potential support. In addition, a second  5-day trigger activated crucial early actions including evacuation support and cash distribution.

In the July 2019 floods, the initially perceived 10-day threshold was not reached until July 14th, coinciding with the second trigger (5-day forecast). Thus, the BDRCS team was left with ultimately only 5 days to prepare and execute early actions for which 10 days were actually envisaged. It became clear that the 10-day threshold had been set too high, and will therefore have to be adapted.

Apart from minimising the impacts of natural disasters on particularly vulnerable populations by providing assistance BEFORE the disaster, the systems initiated by the FbF project contribute directly into the humanitarian assistance rendered in its aftermath.

According to Catrin Braun, German Red Cross Desk Officer for FbF Asia, “The FbF project and the EAP development have not only allowed the BDRCS to support 1.000 families in anticipation of the 2019 floods, but also helped the BDRCS a lot to quickly set up their emergency operations: staff and volunteers were trained, and mechanisms to deliver the needed support were in place, such as the quick electronic identification of beneficiaries.”

Click to continue following the latest news on the BDCRS and FbF action.