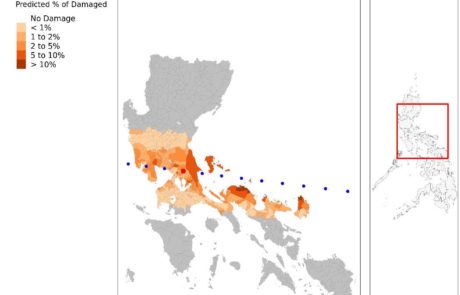 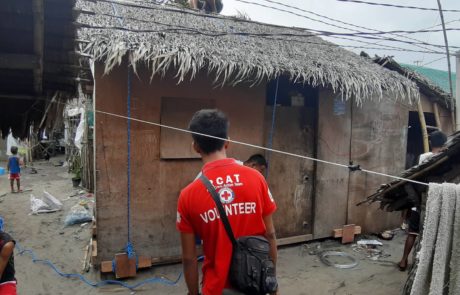 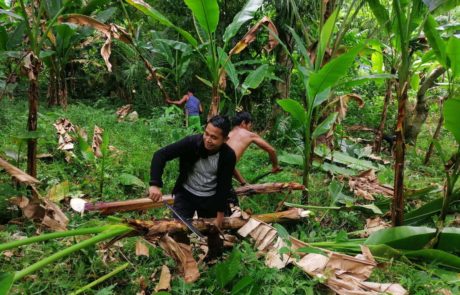 Typhoon Kammuri (or Tisoy) is expected to hit the region Bicol in the Philippines early Tuesday morning. This system currently has sustained core wind speeds of 140km/h and gusts up to 170 km/h. The local governments of Bicol and Samar have started evacuating thousands of people. As part of the Forecast-based Financing (FbF) project, the German Red Cross (GRC) supports the Philippines Red Cross and the population in their preparations to deal with the typhoon’s impact. These activities are being undertaken with financial support from the International Federation of Red Cross and Red Crescent (IFRC) Disaster Relief Emergency Fund (DREF).

The FbF team has been monitoring the situation over the past days and has deployed staff and volunteers to communities at risk in the provinces of Catanduanes and Camarines Sur to assist the population in protecting themselves and their livelihoods from the impacts of Kammuri (Tisoy). The FbF project in the Philippines used impact-based forecasting – overlaying the wind speed forecast with data on indicators such as building types, poverty and past impact of typhoons – to identify those provinces, for which the most severe impact is predicted. The impact-based forecasting model was developed with support of the 510 data initiative of the Netherlands Red Cross.

With support of GRC volunteers and staff of the Philippines Red Cross are carrying out the following early actions:

Forecast-based Financing (FbF) has established mechanisms to automatically allocate funding for early action once forecasts indicate a high probability of an extreme weather event. The goal of FbF is to anticipate disasters, prevent their impact, if possible, and reduce human suffering and losses. A key element of FbF is that the allocation of financial resources is agreed in advance, together with the specific forecast threshold that triggers the release of those resources for the implementation of the pre-defined early actions. The roles and responsibilities of everyone involved in implementing these actions are defined in the Early Action Protocol (EAP). The German Red Cross, the Philippines Red Cross, the IFRC and local authorities have developed the Philippines Early Action Protocol for Typhoons over the past year. This pilot project is part of the Action Plan on Humanitarian Adaptation to Climate Change, funded by the German Federal Foreign Office.