What can go wrong with a Forecast-based Financing project?

The goal of Forecast-based Financing is to reduce the impact of disasters.

In the precious window of time between a forecast and a potential disaster, FbF releases resources to take early action. Ultimately, we hope this early action will be more effective at reducing suffering, compared to waiting until the disaster happens and then doing only disaster response. For example, in Bangladesh, people who received a forecast-based cash transfer were less malnourished during a flood in 2017.

With the promise of increased effectiveness, the concept of FbF is rapidly gaining traction in the humanitarian and development sectors. Clearly, FbF can be a saving grace for people who would otherwise experience a catastrophe.

FbF doesn’t inherently have a higher chance of “going wrong” than much of our other work. But because it is new, people might not realize potential pitfalls.

Here we outline several ways in which FbF can go wrong – some are inevitable, and some can be avoided. 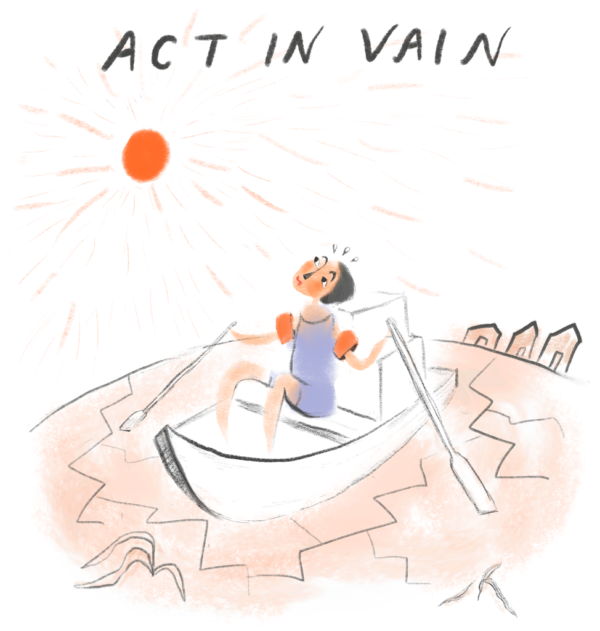 Act in vain
In Madeupsville, the disaster managers evacuated several villages based on a cyclone forecast, but, then the cyclone took a sharp turn, hit a different region.
The people of Madupsville got really mad because they’d evacuated “in vain” and accused the mayor of squandering city funds. 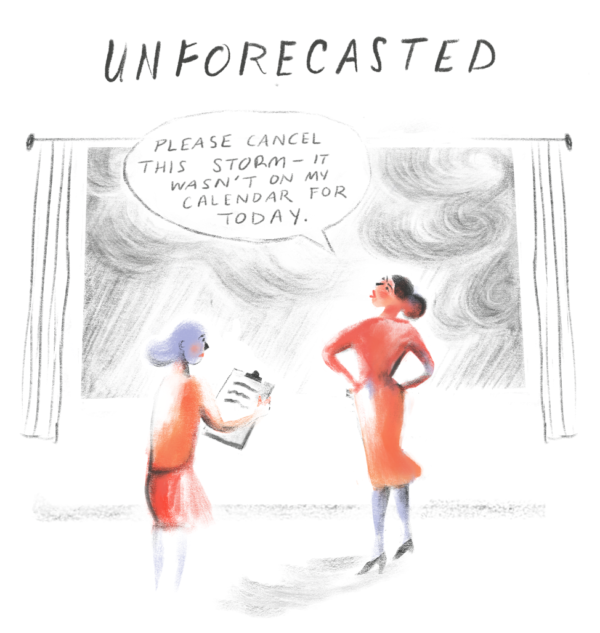 Unforecasted disaster
The next year, Madeupsville was hit by a monster storm. The forecasts hadn’t warned of such a big event, and people were frustrated there was no early action taken. 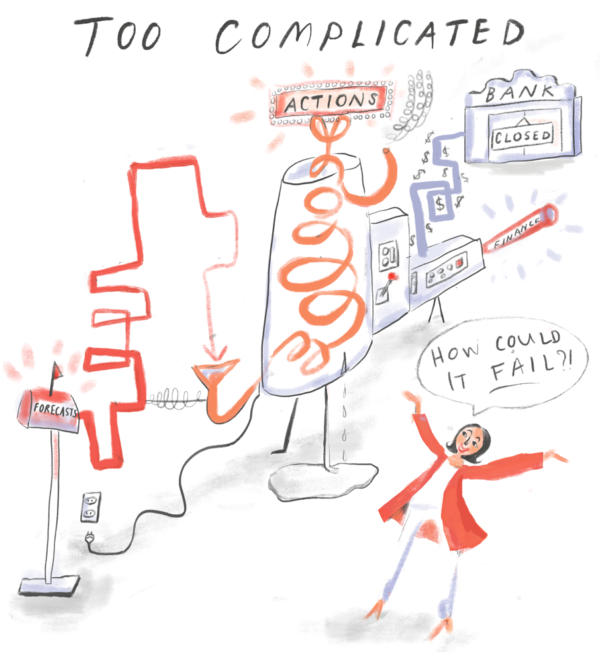 Too complicated
Even though the meteorological service of Madeupsville developed a high-tech model with the most amaaaazing data, the system went offline and no one knew that a disaster was forecasted!

Actions are not taken in time
The FbF system triggered while the Madeupsville disaster manager was away. Logistics staff had only one vehicle and couldn’t get goods to the neighborhoods in time to help. Early action came too late!

The money doesn’t arrive
The next time they got the alert, Madeupsville Red Cross was ready to go! But, they had to wait 2 weeks for the fund transfer, and by that point the disaster had occurred. 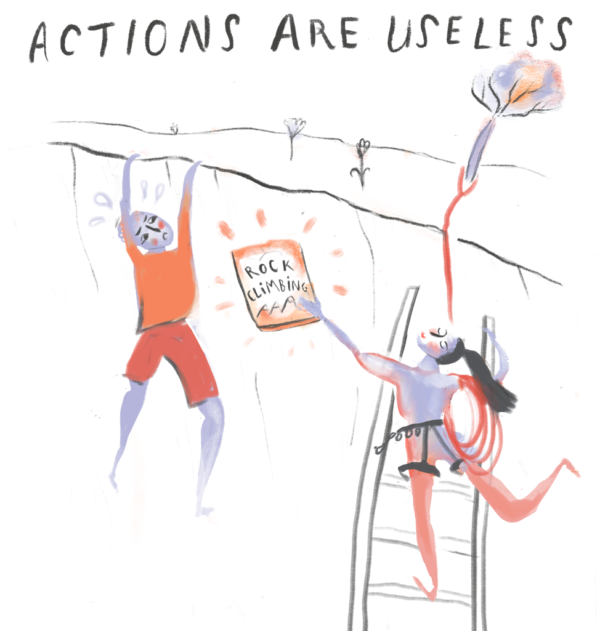 Actions are useless
In Madeupsville, the local Red Cross gave people storage buckets to protect harvested food from a forecasted flood. However, because the buckets had no ventilation, all their food spoiled… 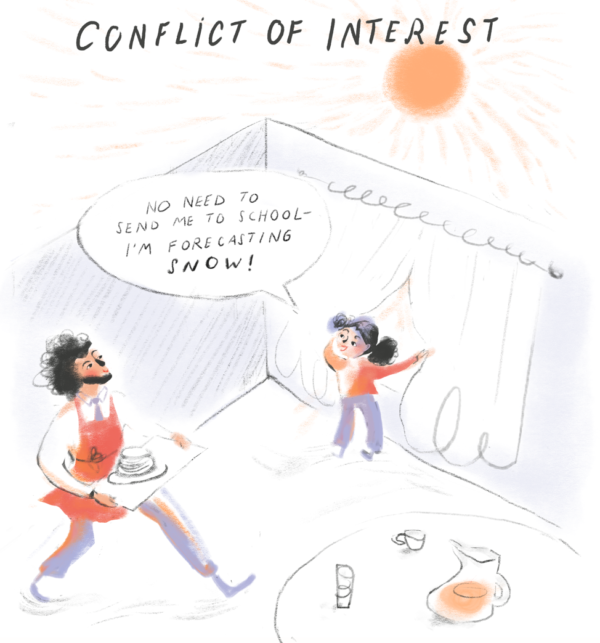 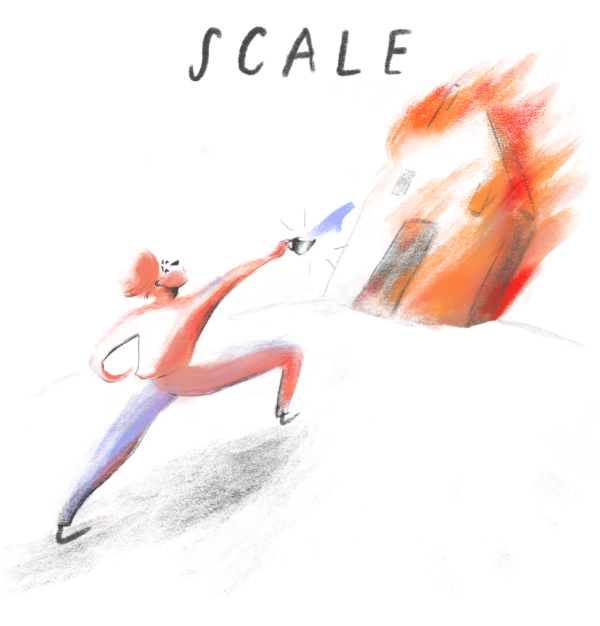 Only a local project
When a major storm is forecasted for the Eastern part of Madeupsville, no one is ready to take action because the pilot project is only in a few villages in the West.

Actions are not right-sized
When a flood trigger happens, the Madeupsville Red Cross distributes one week of water purification tablets to all households in the 3 pilot villages. However, for 4-6 weeks the families drink dirty water and are also exposed to contaminated food. This leads to a large-scale outbreak of diarrheal disease, and people wonder why FbF did not eliminate the disaster! 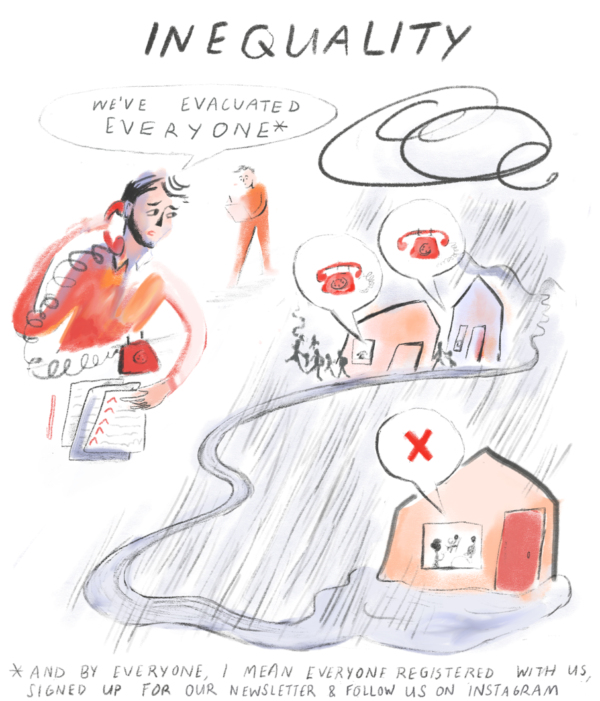 Exacerbates inequality
The FbF team in Madeupsville is verrry proud of their data-driven FbF programme, which uses state-of-the-art vulnerability and exposure data to target people most affected by a forecasted disaster. However, the team does not realize that landless migrant populations are totally missing from this database. Therefore, no one evacuates the landless people during an FbF intervention. What’s worse, there was no coordination among agencies, and local NGOs targeted the same people. 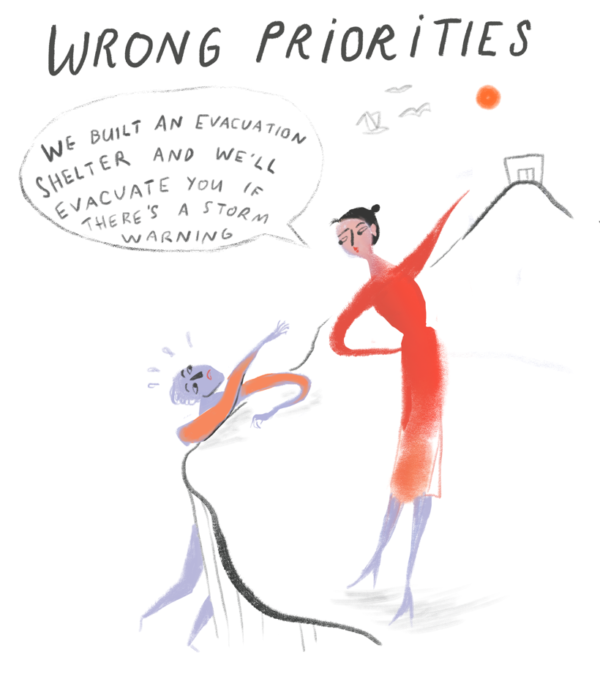 Wrong priorities
In Madeupsville, FbF became such a cool innovative idea that everyone and their brother starting making FbF projects! The Madeupsville government was excited to involve domestic tech and modelling firms. They even tried to fund FbF projects for disasters that were not forecastable! Less and less money and attention was paid to the incremental benefits of this investment for people, measuring success only from an international financial point of view.

Also, community members complained about receiving lots of forecast-based hygiene kits when by far the leading cause of death was road accidents. They really wished someone had just given out motorcycle helmets, instead of using complicated forecasts to distribute soap every few years.

Clearly these problems are bad. Consequences could include:

Though these stories from “Madeupsville” were – you guessed it – made up, they are all based on events that actually happened.

A few people not working in “Not Madeupsville” have come up with recommendations that may help many of these problems.

Here’s what they learned from these (very real) experiences.

FbF holds immense potential to transform how humanitarians operate, avoiding disaster impacts before they happen. Changing systems is a complex endeavour, and can be achieved if we are transparent about things that inevitably “go wrong”, while keeping a clear focus on what we mean by “going right”.

Have a what could go wrong story? Please share your experiences and learnings in the comments!

How does FbF work in the Red Cross Red Crescent Movement?

We define actions in advance. These actions are not set in stone, but we realize that if people don’t think in advance they often aren’t prepared to take action quickly. In order to be eligible for FbF funding, a Red Cross or Red Crescent National Society must write an Early Action Protocol, explaining what they will do when they receive the forecast trigger.

We define forecast triggers in advance. The Early Action Protocol must explain why we think this forecast is credible in some way. Our scientific validation studies are not necessarily comprehensive (and in fact, we make a lot of compromises in places with very little data), but they show evidence that this forecast has historically had some ability to predict the disaster.

We only use international emergency funds for unusual events. The Forecast-based Action by the Disaster Relief Emergency Fund requires that FbF plans focus on events that don’t happen every year – only every 5 years or less frequently. The EAP must clearly explain how the forecasted event is linked to disaster impacts on the ground.

We plan to work at the scale of the forecast and prioritize the most exposed and vulnerable. In our Early Action Protocols, we attempt to combine forecast information with vulnerability and exposure information, to identify those who are likely to be most affected by the extreme event. (We do not select these people in advance, but we wait to see what the forecast tells us.)